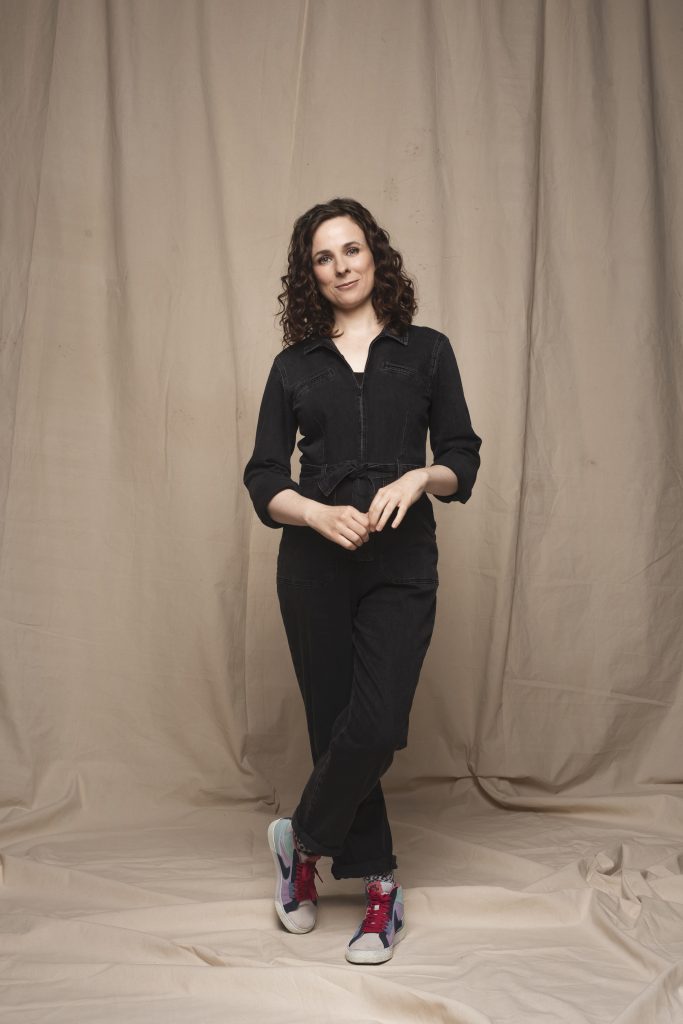 Cariad Lloyd is an actor, comedian, improviser, podcaster and writer. She is the creator and host of the award-wining podcast Griefcast, where she talks to people about their experiences of grief and death. Past guests gave included Adam Buxton, Aisling Bea, Sara Pascoe, Isabel Allende, Fleur East, Monty Don and Nish Kumar. It won Podcast of the Year at the British podcast awards in 2018.

Cariad has also appeared in Peep Show, Have I Got News For You and QI. Her improv show Austentatious: An Improvised Jane Austen Novel has had five sell-out Edinburgh Festivals and is currently performing weekly in London’s West End.

Her book You are not alone: A new way to grieve is to be released in January 2023. ‘You are not alone’ is inspired by Cariad’s own grief mistakes and lessons, and those from various guests including Philippa Perry, Rev. Richard Coles, Isabel Allende, Nish Kumar and Marian Keyes.