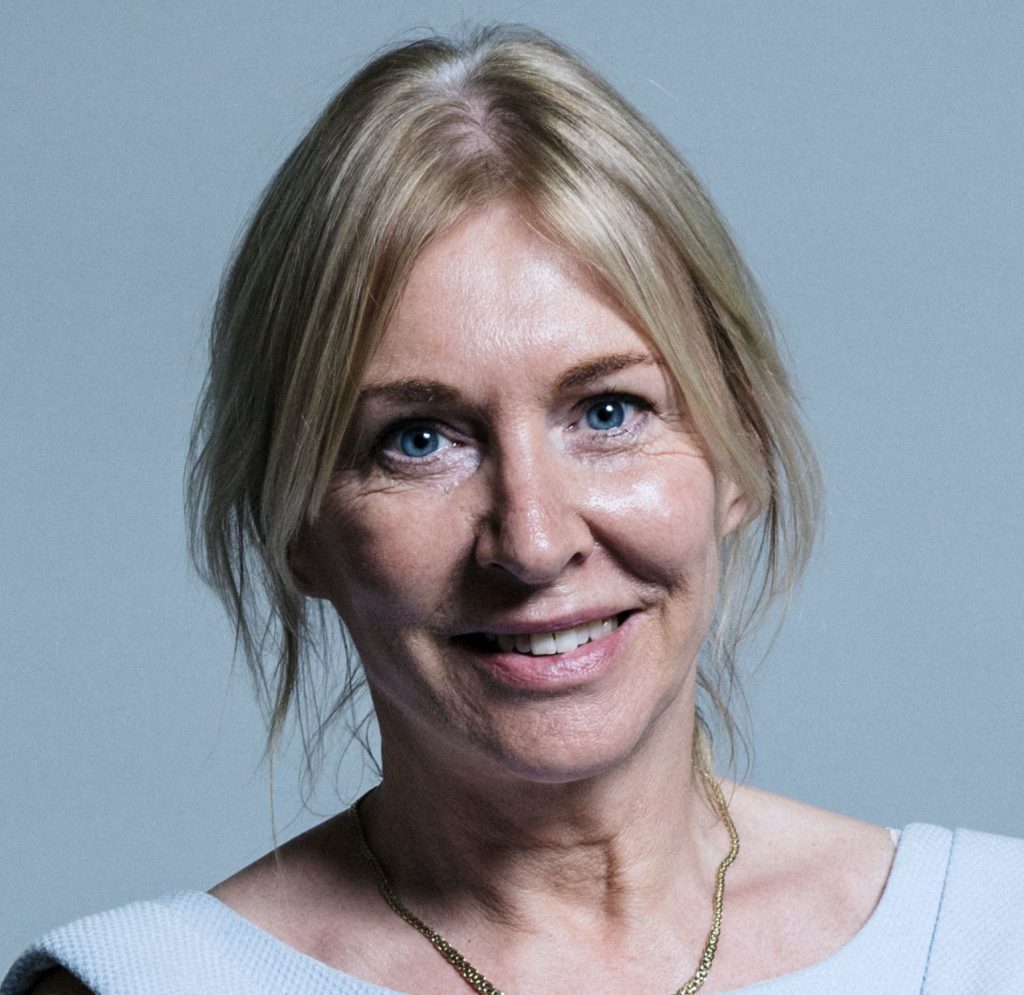 Nadine Dorries was elected as the Conservative MP for Mid Bedfordshire in May 2005. She was appointed Minister of State at the Department of Health and Social Care in May 2020, having been promoted from Parliamentary Under Secretary of State in the department, appointed on 27 July 2019.

Nadine began her career as a nurse, then went on to set up her own business and later became a director at BUPA. She has also published a number of books.