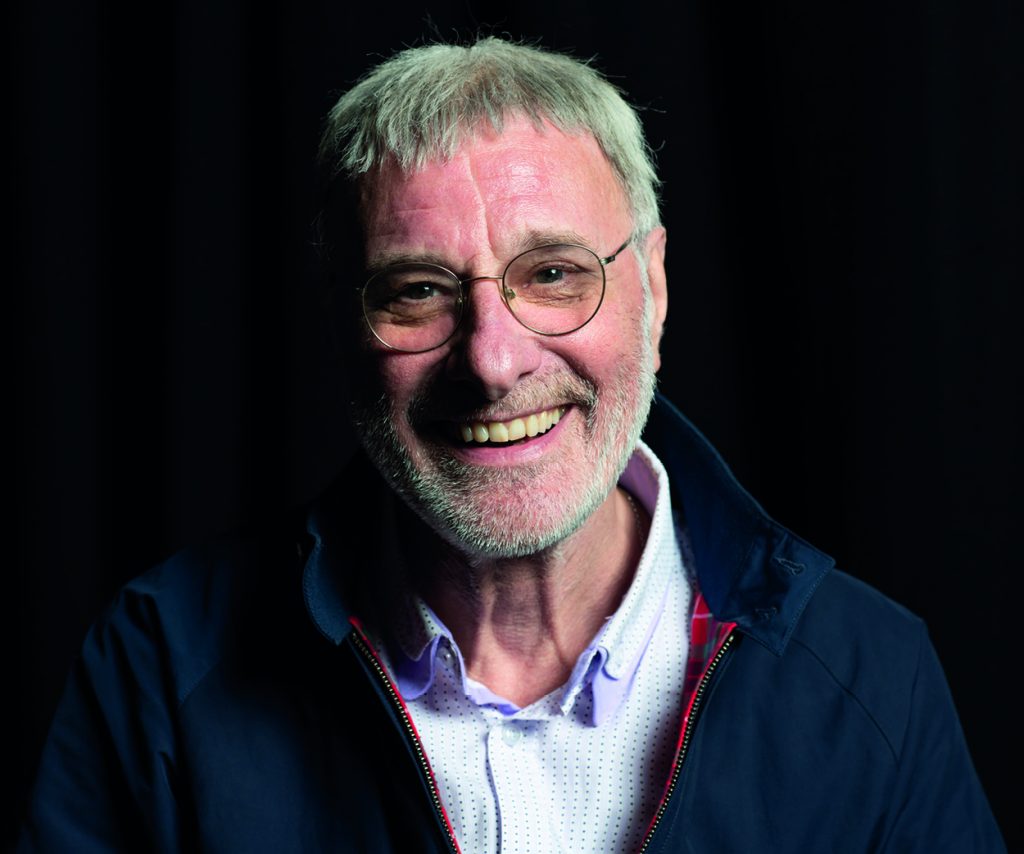 Steve Harley (best known as frontman of the rock group Cockney Rebel) is a singer, actor and musician with an impressive music industry CV. His song, Make Me Smile (Come Up and See Me), reached Number One on the UK charts in 1975. It reached the Top 10 in 15 countries and has sold around 1.5 million copies to date and is one of the most played songs in the history of UK radio.

A lesser-known fact is that Steve was cast as the lead in the first Phantom Of The Opera, recording the title track as a duet with Sarah Brightman (Michael Crawford had taken over the role by the time it hit the stage).

Steve has been celebrated with a Lifetime Achievement Award for Acoustic Music. He still plays up to 100 shows most years, in many different countries. He performs today sitting on a stool, after breaking a hip. Rod Stewart describes Steve as ‘one of the best lyricists Britain has produced.’

Steve has been married to his wife Dorothy for 39 years. They have two children, Kerr (a qualified barrister) and Greta (a music company office manager) and two grandchildren.