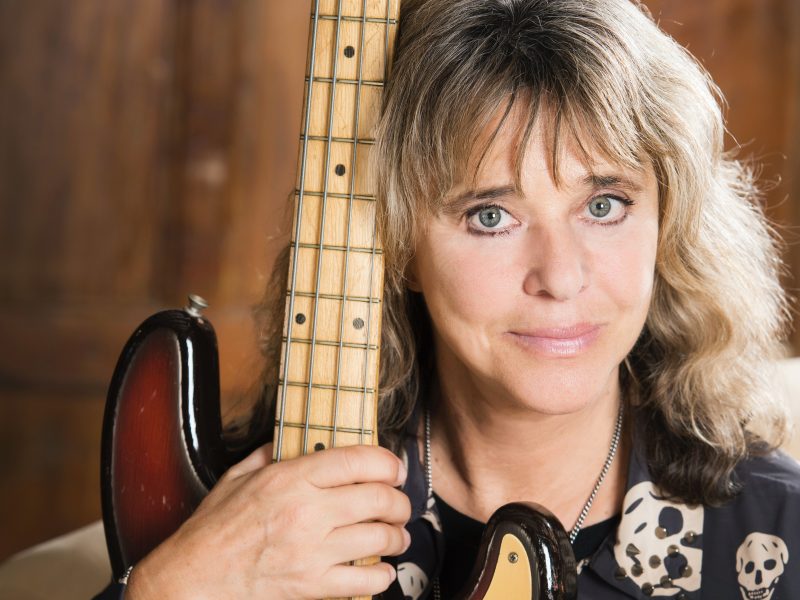 It’s got to be a very special release that has Suzi Quatro announce proudly: “The Devil In Me is the best album in my career to date!” After all, the American rock vocalist would hardly utter such superlatives lightly. Suzi’s enthusiasm for her latest offering has many reasons, twelve of them to be precise. Because The Devil In Me consists of exactly a dozen songs, each of them – from the opening track and title song to the final ‘Motor City Riders’ – a real highlight. The reasons for Suzi’s remarkable creative explosion: on the one hand the lockdown, which kept her from her usual touring life in spring 2020, and on the other another collaboration with her son Richard Tuckey, which had already worked out extremely well on her predecessor album No Control. Suzi: “Starting spring 2020, almost one hundred of my shows were cancelled and Richard would also have been on tour with his band had not all concerts been cancelled or postponed. So I said to him: ‘We should make the most of our free time, write new material and allow ourselves to be inspired by the things that are currently going on in the world.’ I already knew that Richard and I make a brilliant team, after all No Control had been a major success and a very special recording for us. Although I would never have thought that we’d be able to surpass it. But everybody who’s heard The Devil In Me and all the people who had worked on the previous album have told us: ‘This album is even stronger!’”

Suzi Quatro knows what she is talking about, after all she’s been on stage playing live for more than fifty years. Since the beginning of her career as a 14-year-old singer and bassist she has achieved almost everything a musician could possibly hope to achieve. Her charismatic voice, her powerful bass style and global hits such as ‘Can The Can’, ‘48 Crash’, ‘Devil Gate Drive’, ‘If You Can`t Give Me Love’, ‘She`s In Love With You’ and ‘Stumblin In’ made her a rock music icon in the 1970s. To this day, her motto is: “I won’t retire before I turn around, shake my ass and there’s silence.”

That this moment is still a long way in the distant future is partly due to The Devil In Me. “I have to confess that I could hardly wait to work on new material again with Richard after the release of No Control,” Suzi explains. “Every album has its own creative history and I know that it’s impossible to plan success. But Richard and I were certain of one thing: We knew we’d be a good team again.”

And every single note on The Devil In Me proves just how good this team is. The album presents Suzi’s full range of musical diversity plus a number of surprises. From rock tracks such as ‘The Devil In Me’, ‘Get Outta Jail’, ‘Motorcity Riders’ and ‘Hey Queenie’ (“these four songs are typical of me and continue the tradition of my 1973 debut album”) to fairly unusual numbers such as the pub atmosphere-inspired ‘Loves Gone Bad’ with its intimate mood or ‘In The Dark’ which is accompanied by elegant piano and provocative saxophone sounds, Suzi presents herself from a whole range of different aspects. “Richard wanted this album to have a through line, so that you could put any track on, and it just  fit… he also said he wanted this album to be as important and ground breaking as my first one. So that is how we approached this project, and that is what we accomplished.”

‘My Heart And Soul’ shows just how creative Suzi and Richard could be – it’s without a doubt one of the most beautiful Christmas songs of recent years. Says Suzi: “I have a little studio at my house. Richard was in the studio working on ideas, I was sitting on the patio, relaxing, and heard this absolutely beautiful track coming out of the open studio door. It was a bass line, with a sparse guitar chord, and drums. It was immediate for me. I ran into the studio, mask on of course, it was like a magnet. I asked him: ‘What is this?’ I told him to set up a microphone, I said: ‘Quick, quick, quick!’ And without thinking, without writing anything down, I sang the first for lines of the song exactly as they ended up. That`s when you know you have a great song … and we do!”

And so the lead single ‘My Heart And Soul’ (scheduled for release on 4 December 2020) hails an album that – you can’t help but agree with Suzi – probably really has turned into the best of her career so far. 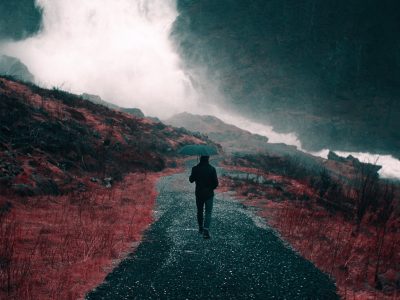 When You Walk Through the Storm: How Songs Can Heal with Gideon Coe, Suzi Quatro and guests